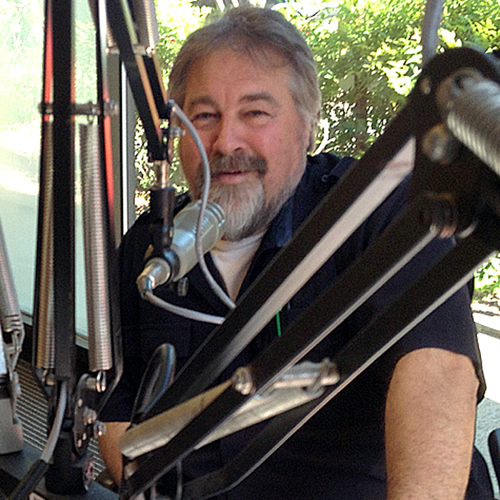 Theatre in the Triangle – by Alan R. Hall

Carrboro, NC – Claudio Oswald Niedworok has made his home in or around the Triangle for over a decade now, doing what he does best, which is to say, just about everything. Claudio, as he is known to a very wide circle of friends, is the closest living individual I can safely refer to as a Renaissance Man. His many talents range from broadcaster to actor, from chef to sailor, from poet to stage hand, from adventurer to story-teller, from theater technician to (former) biker. That’s “biker” in the old style, motorized version. And there’s a very good chance that I’ve missed a talent or two along the way.

I first met Claudio when I went to Theater in the Park to see a show titled “Seafarers.” This was quite a while back, in the old Chapel Hill News days. While the show was a huge success, it was a touch dwarfed by the man who had written and performed it. Claudio was and still is a man with sea salt in his veins. But in today’s world of steel and ocean-traveling cities, Claudio’s view of the sea harkens back to the days of wind and sails. To hear Claudio’s language, steeped as it is in a classical basso-profundo describing the lure of the sea, is to hear creaking wooden masts and wind-whipped sails flapping overhead. It is to understand that the very solid wooden decking under your feet is a very fragile thing, bobbing as it does to the sea’s whim in a pool that has no edges. It is to know the slashing of waves over the rail, and the helplessness of becalmed waters. And it is to understand that the men with whom you travel will become friends, the like of which you could never know, for life; friends who have shared the dread of a red sky at morning, and the peace of the red sky at night.

As is the wont of most poets still taking air, Claudio is still writing. And as a work in progress should, “Seafarers” has changed quite a bit over the years. So I rather suspected that what I would witness at this month’s “West End Poet’s Weekend,” held at the Carrboro Century Center, would be a “Seafarers” of a different stripe. To be truthful, yes and no. “Seafarers” as a show still invokes in the listener an age and an atmosphere that not many of us ever witnessed personally; and that nebulous feeling of the sea moving under your feet is still present. But while many poems remain the same as they were set down in the original show, “Seafarers” is also new, bringing to life in rhyming couplets many a new image and many a new emotion.

Take, for example, the new poems that now begin the work. Claudio, as were we all, was outraged at the destruction and ongoing incongruity of New Orleans. He expresses his indignity as every poet would, in verse. He has written a quartet of poems on the subject, three of which now open “Seafarers.” They have been set to music by Claudio’s onstage partner, musician Jon Paul McClellan, who has written original music to underscore most of Claudio’s texts. Not only does the poet rage against that fearful sea that washed in and took the Big Easy from us. He also names names, describes the inadequacies of the governmental response, the lack of any real aid, and the finger-pointing and name-calling that ensued.

“Mud in Your Eye” begins the tale of a sailor who sits in a bar within the city, within the storm, and watches New Orleans die around him. He describes “Americans as refugees,” while reminding us that dikes against the sea are small comfort, little else. The phrase “Mud in Your Eye” takes on new meaning as the sailor toasts the passing of it all. The third of the performed trio, “Down Karma Road,” tells of the decision of New Orleans’ fall by a “murder of crows,” and that when faced with the wrath of the wind and the sea, man is but “an itch on Nature’s back.” It is a frightening recreation, lending a macabre drape to the burial of a modern city.

Claudio switches gears after this newest work, and returns to some of the original text, as we learn how “I’ve rarely felt so free,” as when “Adrift” on the billowing sea. Or the character of “Father Blessing,” a poor, besotted old clergyman who, despite his own failings, understands that “it sure is a cure to believe.”

More than one work is dedicated to a friend of Claudio’s for over thirty years, a captain he worked under by the name of Don Punkka. After a rather harrowing tale he devised in rhyme in dedication to Halloween, which he titled “Nautical Fatigue,” Claudio closes act 1 with the title work, wherein this captain and he discuss what each shall do, as they toast to each other at the end of a lengthy sea voyage. While Claudio admits he must leave the sea, the Captain tells of the journey he must make now, to tell the parents of two lost sailors how they met their fate. The two, in a melancholy camaraderie, drink themselves to sleep. On the next day, that man who was to leave the sea signs aboard for his captain’s next voyage, declaring ” So I swore to leave the ocean and to ride her waves no morethough, I’d taken such a notion o’er a hundred times before.”

There is a whole world wrapped up in this classical collection of poems. The ghosts of the coasts come alive in “Midnight Walker,” as we hear of the fate of one poor fellow at the hands of three with murderous intent; but they face their own grim reaper in the horror that ensues. We also find that, in his vast travels, Claudio was found and befriended by the now dearly-departed Marcel Marceau; he has added a memorial to the man herein. But I confess that I feel he saved his best for last, when I tell of the poem, “Ship to Shore,” as told by the voice of a true sailing vessel. “Sails are to this vessel as passions to the soul,” she sings, as our minds and hearts drift back with the poet to the sea.

We are fortunate, in this world of metal and machinery, that the sailing ship is still with us. We still have the craftsmen who design and build these seemingly tiny ships, and sail them across the Atlantic in the path that Columbus took. We have, gracing the shore of North Carolina, the “Queen Elizabeth II,” a copy of the original ship named for England’s beloved queen; you can find her in Manteo. And there is a full trio of ships moored at the docks of Jamestown. We poor landlubbers can stride the decks and wonder what it must be like to bend your back to keep these ships afloat. But we cannot, unless truly fortunate, really know that feeling. We can come close, though. We can sit and listen to the sounds of the soul of a pirate, the heart of a sailor and the words of a dwindling number of true adventurers, whenever we can catch a performance of Claudio’s “Seafarers.” For me, that’s just about as close as we poor sods will ever get.

If you would like to hear more of Claudio’s work, or browse through the man’s other fascinating talents, you may certainly do so by going to Claudioarts.com, where more than one show, and a list of books, CD’s, and much more can be sampled. If you would like more information on the group that brought Claudio’s show to the Century Center, check out westendpoets.com and also the ncpoetrysociety.org. And don’t miss Claudio on his weekly radio series, “Claudio’s Speakeasy and Radio Theatre,” each Tuesday morning at 10:00am on Carrboro’s WCOM, 103.5 FM. 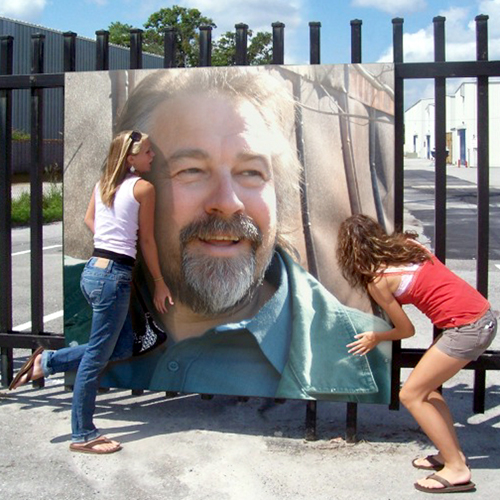